How I Learned to Write a Play

As a writer, I've been a newspaper reporter, written blogs and websites, annual reports and more. But I've never written a play, so I decided to attend a Hermitage Artist Retreat program with a lecture by Paula Vogel, the celebrated playwright who won a Pulitzer Prize for "How I Learned to Drive."

Her many plays have been performed around the world, a little intimidating for a novice like me. As she roamed the stage in front of a flipboard on the grounds of Booker High School, she challenged members of the audience to create a play in what she called a Bake-Off. She describes this as a quickly written exercise on an assigned theme that folks do within a quick 48 hours – in other words, a play. We were given the "John Ringling Bake-Off" for homework.

Every play needs to include these elements, Vogel said:

Where do you start? Surprisingly, she said there are unlimited possibilities.

We could start writing the play wherever we want – at the beginning, the end or the middle. The plot could be linear: it moves from A, to B, to C, etc., or it could jump around from H to B to A. Or the plot could be circular: it begins and ends back in the same place.

Character refers to who the actors are portraying. The writing and direction must leave enough room for the actor to create the character who talks like a real person. Music is hearing the rhythm of the play in your ears as you're writing.

We've all marveled at spectacle – Spiderman or flying gods in a chariot. Plasticity involves how you design the words on the page. The playwright is never on stage, she said. The actors and directors need the space to visualize your ideas to get into character.

Writing a play is a long and arduous process. What looks seamless on stage is an intricately designed work of art. Maybe that's why I quit my playwriting career almost before starting.

I have always respected great playwrights and it's unlikely I'll be joining that esteemed club anytime soon. 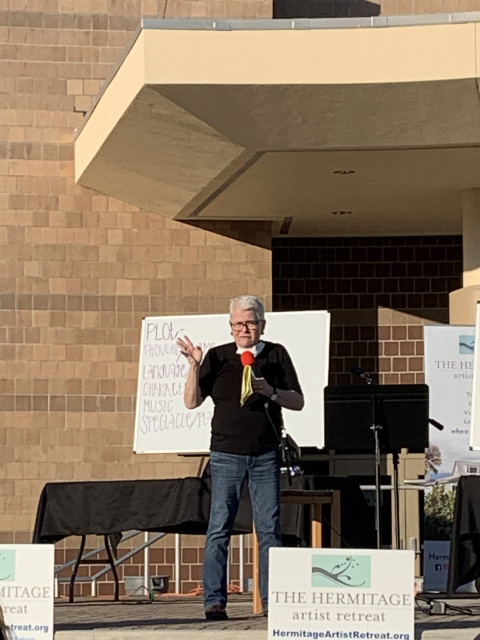 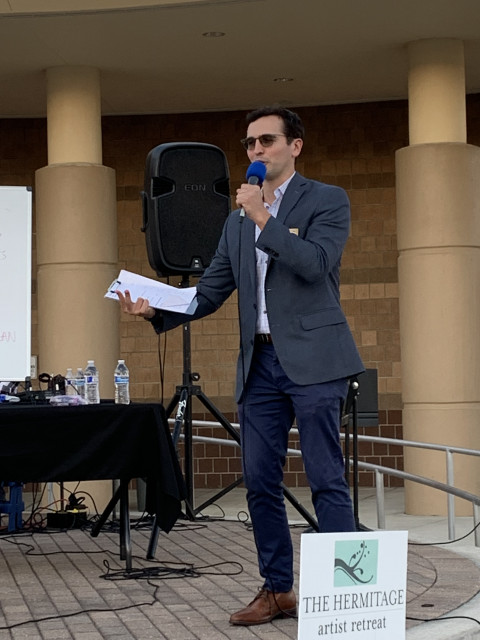