The book is by Frank Galati, who directs, and is also an associate artist at the Asolo. The trio worked together on Ragtime, the smash musical, that has been revived and produced on stages around the world ever since.

The creative team for Knoxville gathered earlier this week at the Asolo's Cook theater for a behind-the-scenes discussion to describe the creative process and the musical's long journey to the stage.

The Asolo commissioned Knoxville four years ago. It was scheduled to open in 2020 but was delayed by the pandemic. The intervening years were frustrating but allowed the creators to refine and improve their work. The refinements continued this past week during preview performances.

"We listen to the audience and make adjustments based on their reactions," said Flaherty. Ahrens persisted until she got the team to agree to change one word after the previous evening's show.

While each creative has a role, the panelists all agreed that it's a collaborative effort. In anticipation of the question what comes first, Ahrens, said, "sometimes it's the lyrics and sometimes the music." Flaherty noted, however, that Ahrens prefers to get the music first.

Ahrens was the first to discover "the music" in the book, as she put it, and that dispelled her initial skepticism. The lyricist "is the liaison between the book and the music," she said. "We're basically telling a story in music." 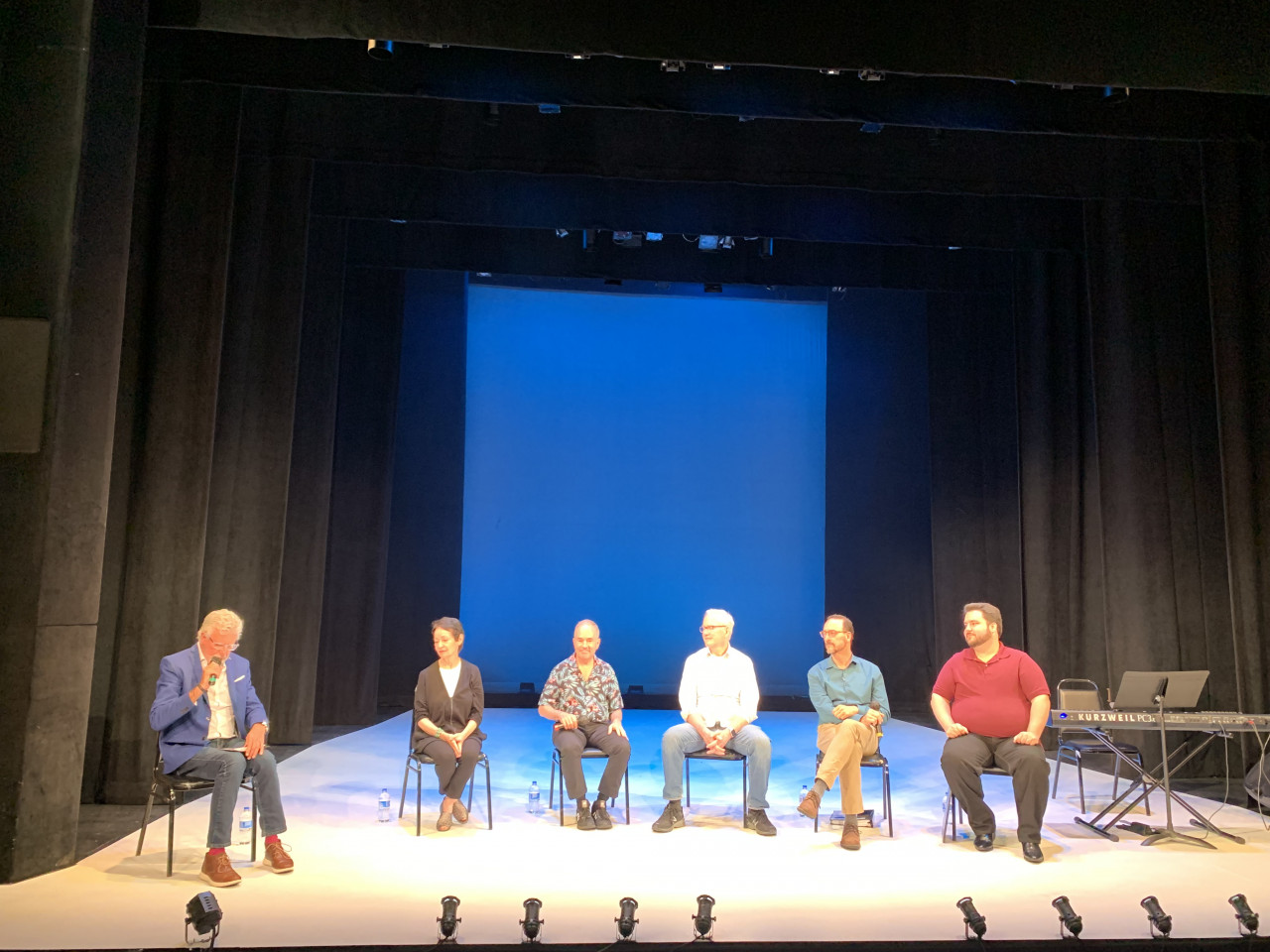 The role of music supervisor is difficult to explain, said Murray, and the position has only existed for about 15 years. "Basically, my role is to listen to achieve the composer's vision and communicate it to everyone so that we're all on the same page. I help to crystalize the story to support the narrative and make everything cohere."

The entire creative team has input on the tempo, sound, and musical emphasis. Too loud and the audience might not hear a lyric critical to the story telling.

What typifies the creative process is constant change, they all agreed. The team is editing the words and music throughout a production as they respond to what they are seeing and hearing from the audience.

An audience member asked the panelists, "What's next – Broadway? Is that your Oz?" At this moment there are no future plans although a Broadway run would be ideal, the team said.

Breathtaking Glass Art
How I Learned to Write a Play