Time hasn't slowed Jean Allen, a member of Arts Advocates for almost 40 years. At age 98, she recently renewed her driver's license and drove to the recent scholarship luncheon where she renewed friendships and celebrated our scholars.

In a recent conversation, Jean reminisced about the early years of Arts Advocates, then known as The Fine Arts Society of Sarasota, Inc. "We were a much smaller organization then," she said. "I headed docents at the very beginning for the Van Wezel tours of our artwork and was involved in many other ways." The organization has evolved over time, she said.

"For years we had a Christmas luncheon where we celebrated the holidays and members donated jewelry to auction off and raise funds," she said. It was more of a social organization. Now, she noted there are so many other groups vying for people's time.

Jean taught home economics in Michigan public schools for 21 years and her former husband was an athletic director at Michigan State University where Jean earned a master's degree. For a time, they also managed the Mackinac Island Chamber of Commerce. Her second husband William Allen died, and Hodgkin's disease was fatal to two adult sons.

Jean's faith in God has always sustained her, she said. She offers individuals spiritual guidance, has lectured extensively, and written several books. Her "Threads of Time…Lives Well Lived 1484 – 21st Century" describes the struggle for civil and religious freedom in America. The dedication of her pamphlet, "Mystery of the Messiah…key to understanding" reads "Ask, and it shall be given you; seek, and ye shall find." Matt. 7:7. 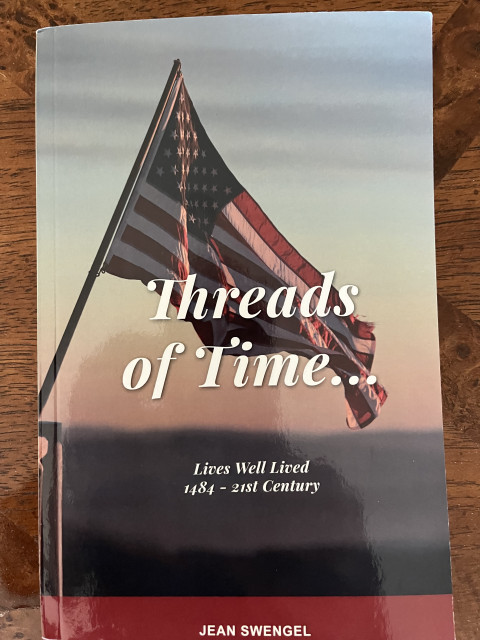 Never one to be idle, Jean kept busy during the worst days of Covid by enjoying one of her favorite hobbies – designing and making her own clothes, as she has for many years. 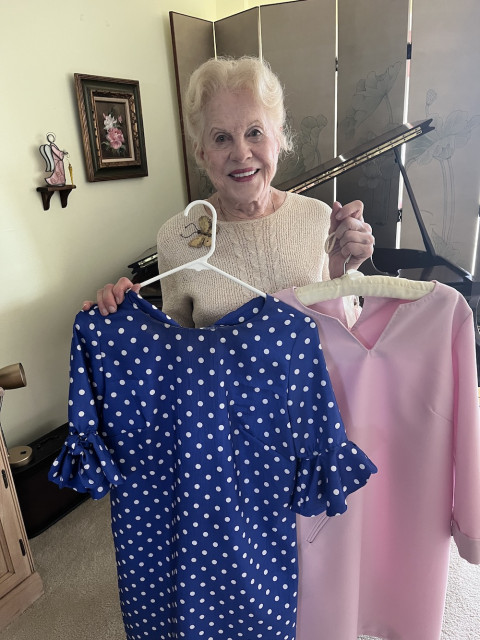 Soon Jean will take off for Mackinac Island for her annual summer vacation, returning to Sarasota in the fall. Bon voyage, Jean, and we look forward to seeing you at future Arts Advocates events for years to come.